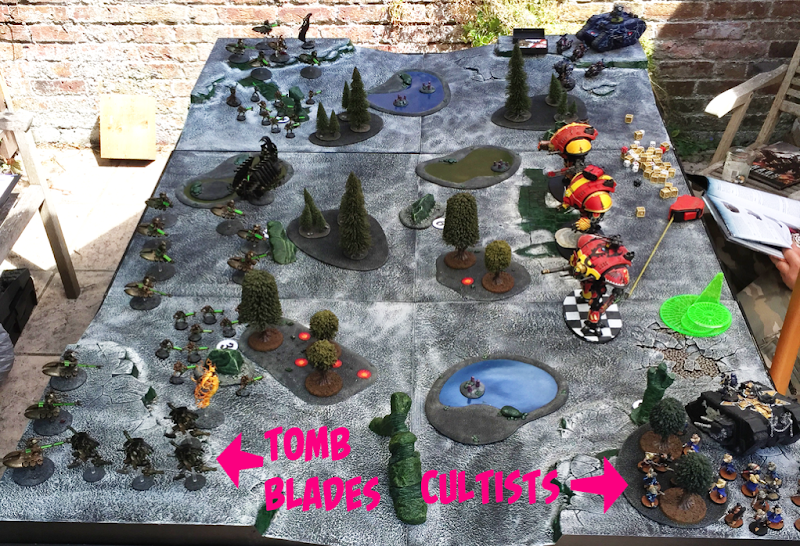 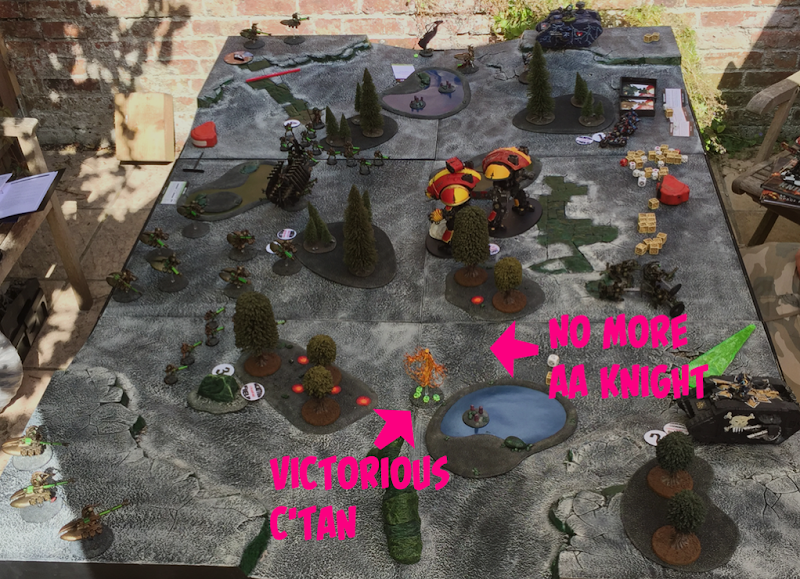 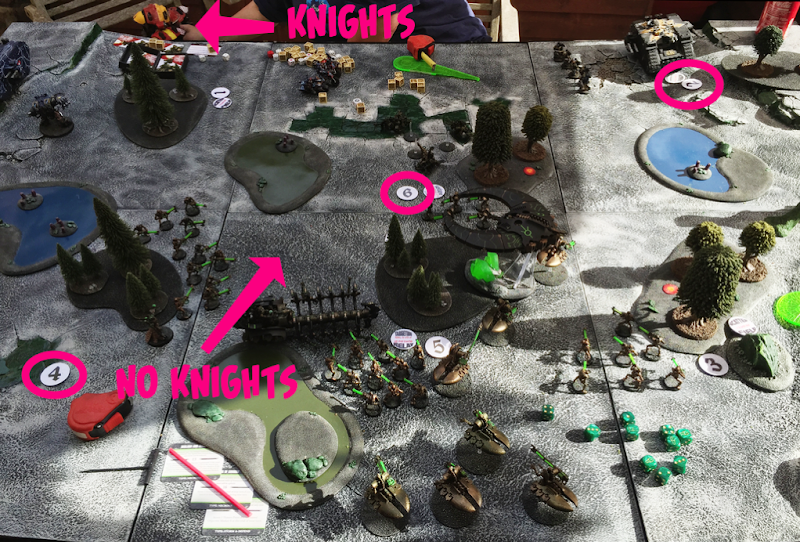 I have been using brush cleaner for a while now. The stuff is quite excellent, and has managed to restore brushes I would have thought were only good for the bin. As the contents of my tub were getting low, I looked for a replacement, and found something quite interesting.

To the left is my old 75g tub (typical price on Amazon and other sites: £11). To the right is the new one, all 717.1 grams of it. Amazon price including P&P: £25. I’d say I’ll never have to buy brush cleaner again, and that tub will end up in the inheritance. 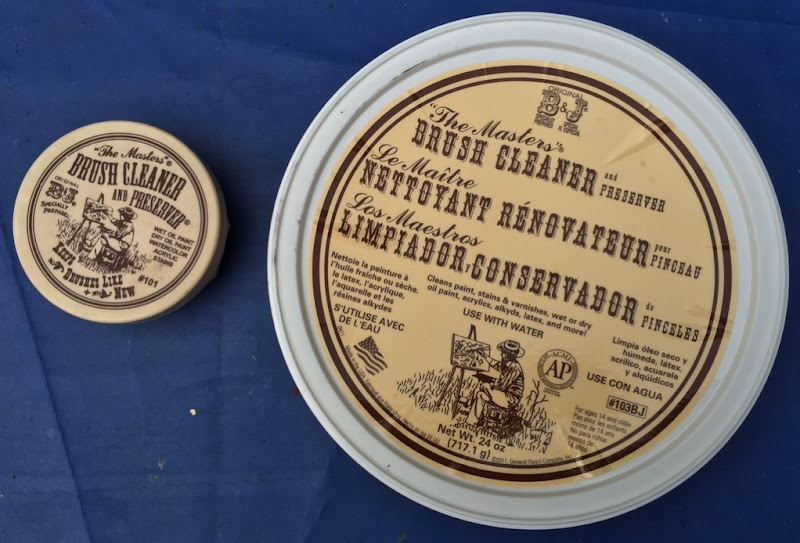 So the Summer Of Gaming Outside is over (had a good few games in the garden and tremendous fun, lost all of them but the final one, yes I’ll post about them someday).

In the meantime, Brian from Anarchy Models is at it again! With flexible, washable, semi-transparent and fully re-usable stencils for airbrushing! The project is already funded, and we’re now into ‘more stencils and freebies’ territory as the overall funding increases.

The campaign is over here, and update #2 has a nice demo of the stuff.

Still no battle reports, I know… I did have a game planned for today, but the weather was quite dodgy this morning so, being cautious and all, we decided to cancel. In the end it did not rain in the afternoon, and I managed to squeeze in a bit of hobby. Among other things, I magnetised my canoptek acanthrites (still a work in progress, paint-wise) and my recently acquired Screamers of Tzeentch to their bases. The goal being for them to be easier to store. Plus, magnets.

As these models have balltop flying stems on their bases, and so nice large holes on the models themselves, I decided to have a go with Filla-Glu’s Powder and Wicking glue kit. 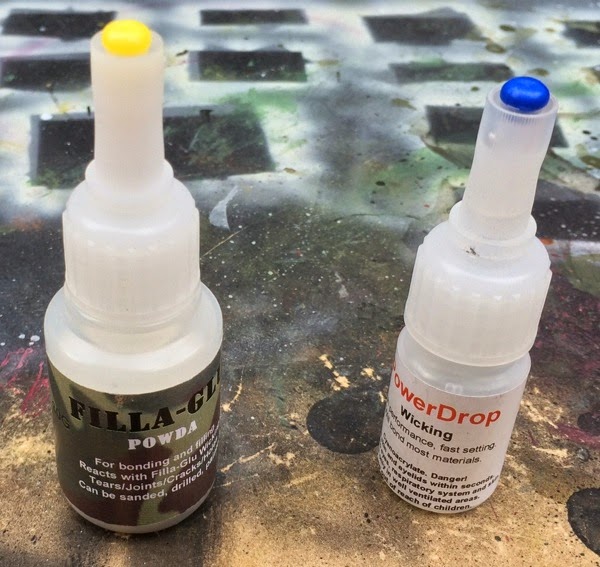 It’s all quite simple. Below is an acanthrite, with the hole for the base’s stem in its chest. 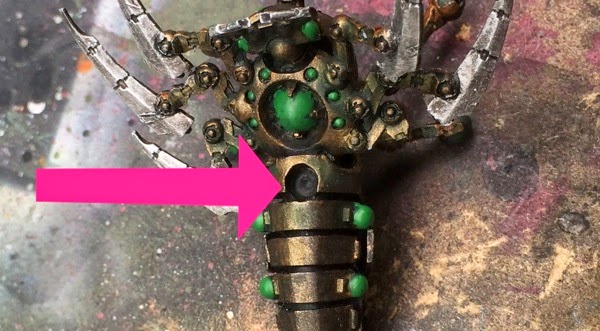 Step 1: pour the powder into the hole. 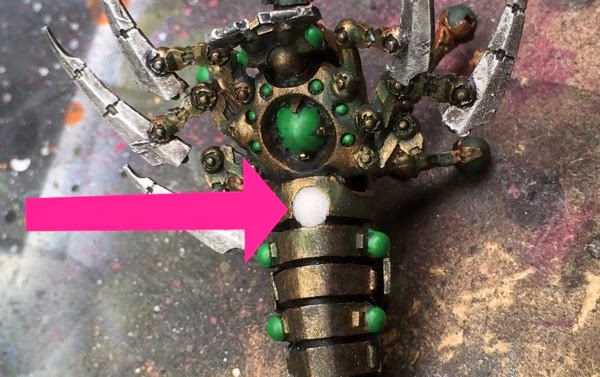 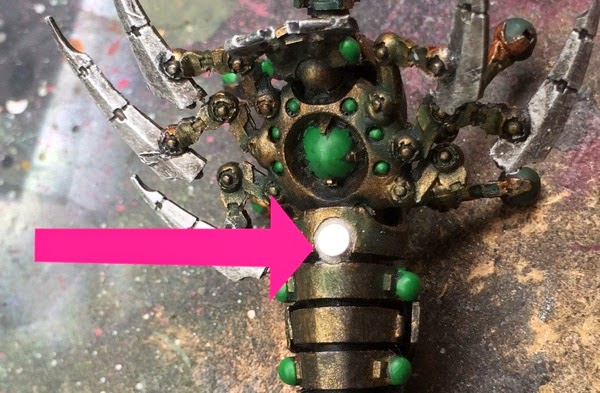 Step 3: add a drop of wicking glue. The stuff is super thin, and binds everything together instantly. 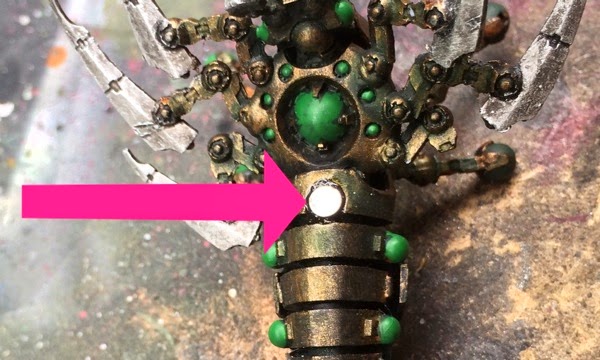 Step 4: use regular super glue to add a magnet to the base. I flattened the stems first (using a Dremel because I am lazy, but clippers and files should do just as well). The one below is slanted, as an horizontal one resulted in a seriously nose-diving acanthrite. 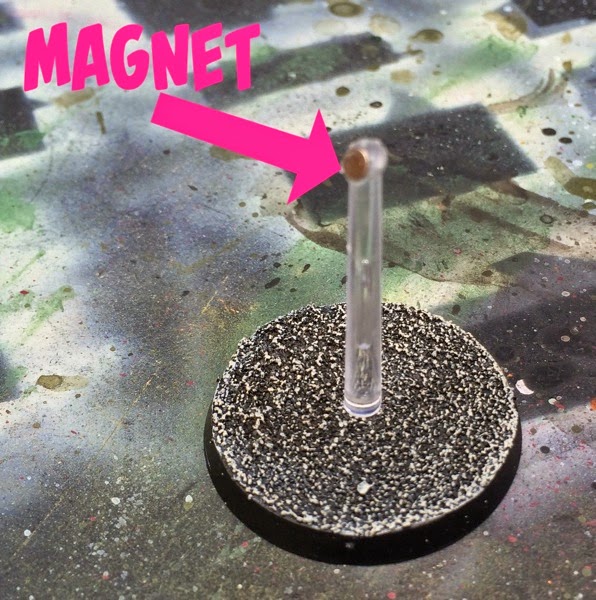 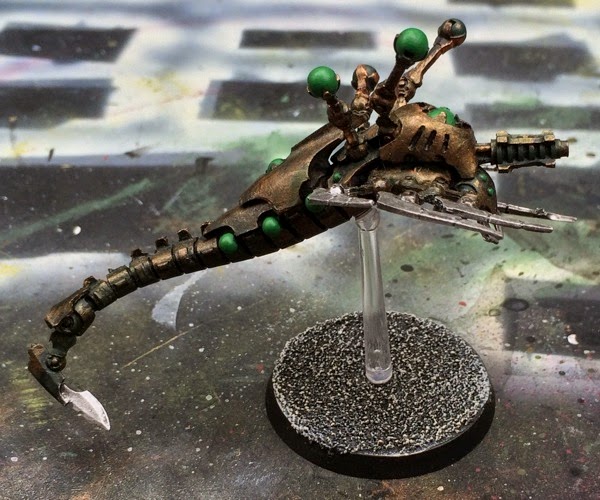 And here is the same on a screamer: 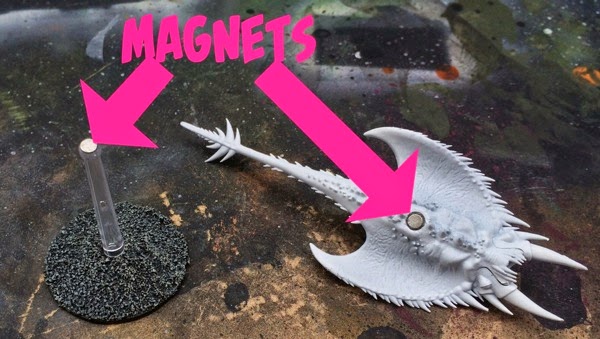 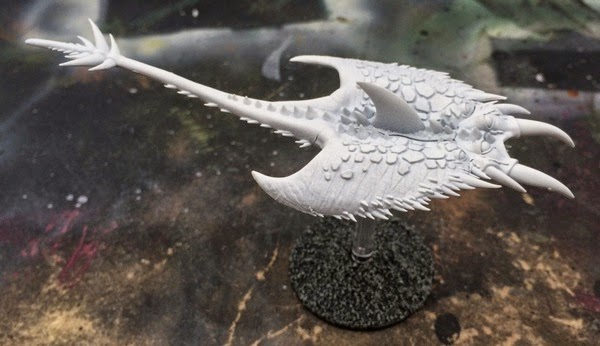 I do have a number of stories on how I’ve been smashed by all comers recently – be they Eldar, CSM or Tau, but this will have to wait for a bit. In the meantime, I have updated my objective counters for 7th edition. A quick preview is below, and they can be found here. Previous notes on the topic are here, here and here, but in summary:

As I wasn't entirely convinced by GW’s Munitorum battlefield objectives, I built some. They're large (40mm), and have the effects written on them. Download the file, print the sheet (important: print at 100%, do not scale), cut and glue onto 40mm bases (I use the plywood ones from Fenris Games), and you're set. They're not fancy but should do the trick.

Nick from IDICBeer posted a video on YouTube about them. 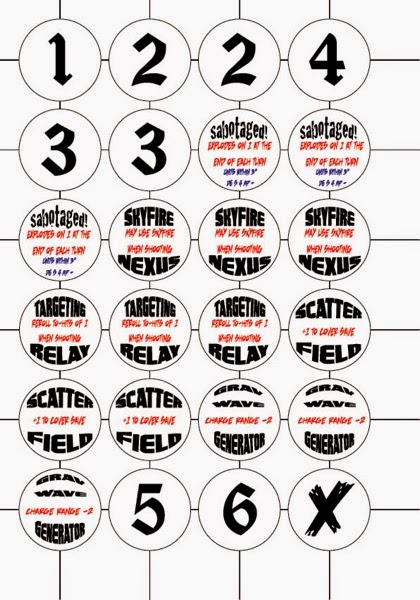 I don’t know about you, but even though I do not play them, I’ve accumulated quite a lot of Space Marines over the years. Never let good minis go to waste though, and with the release of the fall of Orpheus last year, I came up with a cunning plan: my Necrons, having triumphed over the Minotaurs, have now enslaved them (thank you, mindshackle scarabs), and use them as a meat shield when going to battle. All of this to be done during Apocalypse games, of course.

So last winter, when all was grim and dark outside, I started painting some minis. I did not go very far, but the intent was there.

Now with the new rules coming out on Saturday, I might go a bit further. I don’t know about yours, but my Necron are nothing if not pragmatic. We don’t have psykers, but the Space Marines certainly do. And what does it matter if they die horribly? So, I think I’ll add some librarians to the fold, and when in battle convince them nicely of giving themselves to possession. Whether or not they perish while trying to summon a daemon, I see it all as a win.

Plus, it should be fun painting a few daemons after all that metal…

So the weekend wasn’t great weather-wise, what with the rain on Saturday and the excessive wind on Sunday. No airbrushing then, but I did manage to do a bit of work. 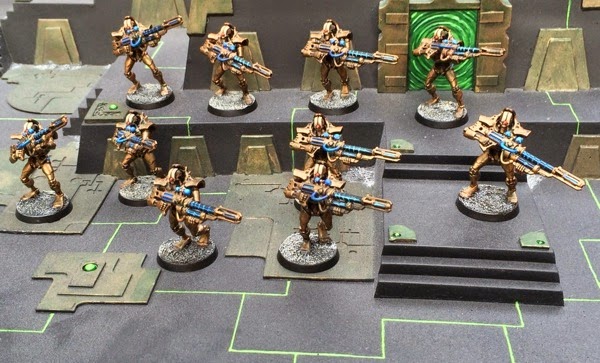 My first cryptek. Not sure I like what I’ve done with it, but it will have to do. 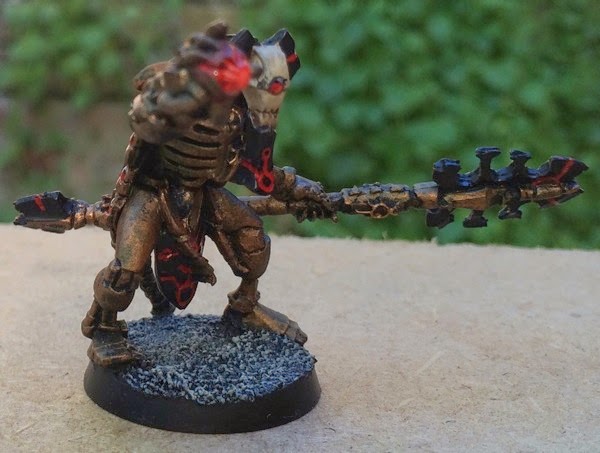 And that guy’s been happening: 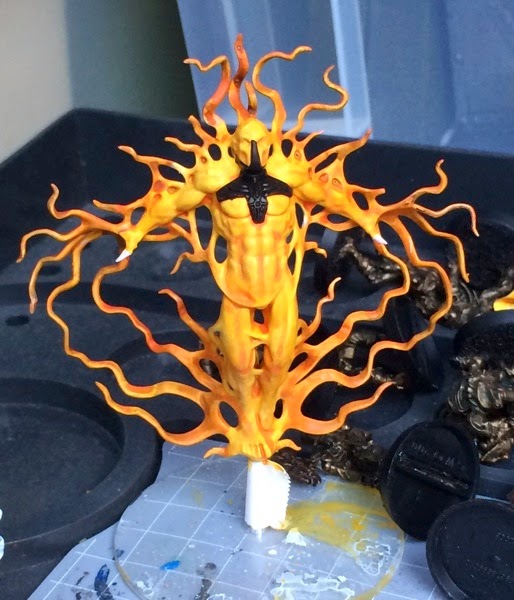